This short work was commissioned for the 1400th anniversary of the voyage Columba made from Ireland to the island of Iona. Rather bizarrely, the first ‘performance’ was given outdoors at Churchill, Co. Donegal where St. Columba was said to have preached and was apparently inaudible because of the strength of the wind!

The anthem is wonderfully effective and is a very good example of Britten’s ability to create an original canvas within the traditions of the Anglican Church. The piece is all about the fire in Columba’s belly for his missionary task. The words are almost a variation on the Dies Irae: ‘King of Kings and Lord most high, his day of judgement comes near, Day of wrath and vengeance, Day of shadows and dark clouds...’ etc. Britten brilliantly sets the mood with a disturbing pedal ostinato which keeps returning throughout the piece sometimes in the manuals and often in the pedals. The broad unison melody which begins the anthem returns at the end briefly as a canon between sopranos/tenors and altos/basses before closing, without slowing down, with two almost menacing, but ever-quietening repetitions of the word ‘domini’.

Don’t let the brevity of this work put you off from programming it. In fact, Britten wrote four ‘Hymns’ (Virgin/St. Peter/St. Columba/St. Cecilia) which work very well together in a concert and around which an imaginative programme can be built. Its brevity also makes it either suitable as an introit for a service commemorating Columba, or perhaps, at All Souls or even Remembrance. It would serve equally as an anthem.

In performance it is Britten’s direction that it should be sung ‘with fire’ which should underpin the interpretation. As always, making the most of dynamic variation will give the work some of its colour. The wonderful moment when, after a diminuendo, the first theme returns pianissimo and with a crescendo (...maeroris ac tristitiae, Regis regum rectissimi,) where the words ‘King of Kings’ are uttered with hushed awe needs special care and thought about tone quality. 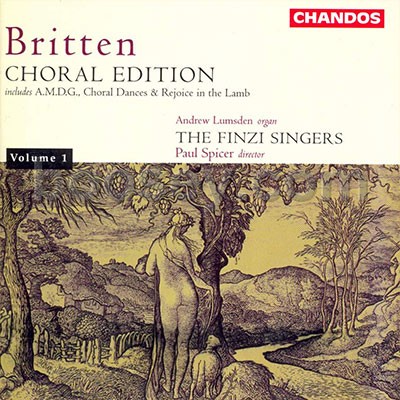