The Cantata misericordium was written to mark the centenary of the Red Cross. The Latin text tells the story of the parable of the Good Samaritan to a subtle yet telling accompaniment. A much underrated, but highly characterful score.

This work is a different as chalk from cheese from the Cantata academica. Here is a searingly beautiful work which presses all Britten’s sympathetic buttons. It was composed for the centenary of the Red Cross and first performed in Geneva on 1 September 1963 conducted by Ernest Ansermet. Britten worked with his librettist, Patrick Wilkinson, to create a dramatic scena around the parable of the Good Samaritan. How appropriate this was for the organisation whose work it was intended to celebrate. Wilkinson set it in Latin, giving the Cantata a timeless sense of the universality of the message the parable conveys.

Britten’s scoring further emphasises the intimacy of the work which has echoes of Saint Nicolas and the Ceremony of Carols in its use of the harp and piano. The separate string quartet, however, is the truly personal touch giving that powerful sense of looking in on a private conversation. The quartet begins the work with a contrapuntal figure which returns at key moments as a refrain or as a joining passage marking the arrival of a new potential source of help to the wounded man, and again at the end. This is a work which barely raises its voice. The emphasis is on compassion and not on the violence done to the traveller who was so badly injured and so callously ignored by the priest and the Levite who passed by. This Cantata immediately followed the composition of the War Requiem, and Owen’s pity and waste of war is at the heart of this new work which could have painted a very different picture of righteous indignation or the fighting which would leave the traveller broken by the wayside. The end of the work also has strong resonance with the War Requiem when the Samaritan has taken the traveller to recover in a local inn and says: ‘sleep now, my friend, sleep: forget your injuries.’ Britten has achieved a remarkable effect in this work. It leaves an indelible impression on its listeners and, like all stories designed to demonstrate a moral, sends one away intent on being a better person.

The choral parts of the Cantata misericordium are quite challenging, though not in the league of Sacred and Profane or A Boy was Born. What is essential in performing this work, however, is that the choral parts should be so well sung that the gentle nature of the work is not disturbed by obviously problematic passages for choir. The whole concentration should be on the message, as Britten intended. It is the moral of the tale and not its means of communication which is paramount. The choir is given the same material as the string quartet at certain points and needs to both balance with those solo players and enrich their textures. It is an interesting challenge which perhaps should be mainly reserved for small expert chamber choirs who can really get under the skin of Britten’s intentions. 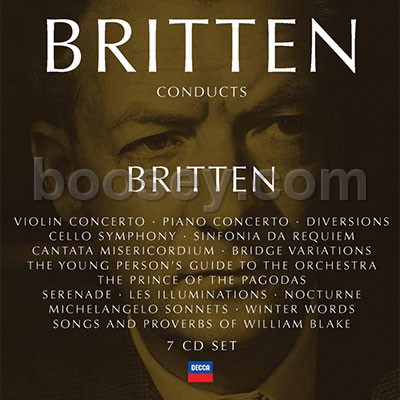