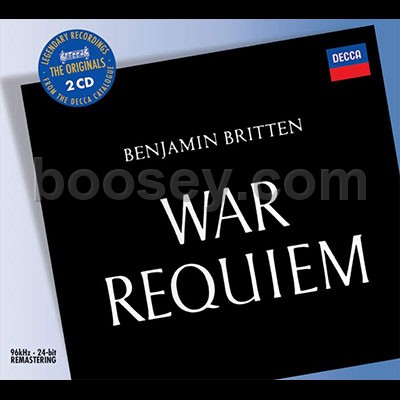 
News stories for this title:
Britten's War Requiem reaches out from the stage