Demons was written in March 2004 for Sharon Bezaly specifically for her "From A to Z" recording project for BIS. As it was the "D" disc of the series, I initially approached the project from the starting point of alphabetic signage, the piece hence exploding on the scene with a hammering of high Ds which are to be played with a plethora of different tone colourings, attacks, multiphonics and inflections in a highly agitated and 'demonic' manner. The piece then takes off in other directions and, as it unfolds, it reveals a brief but intense rondo movement structure. The opening D-dominated first section (highly agitated and impetuous) reappears between contrasting sections of firstly angular Iyricism (suddenly slow and dreamy), then scherzando-inspired virtuosity (lightly flowing, buoyant) and finally spending its energy and slowing into a sense of uneasy calm in the misterioso final section with its brief, curious closing chorale of vocalised chords.

It was premièred by Sharon Bezaly in a recital in Seoul, South Korea in May 2004. It Is dedicated to Sharon in admiration of her truly magnificent mastery of the flute. Hearing her play through with extreme accuracy, skill utter conviction, and at full tempo only six days after faxing the finished piece through to her was one of the most edifying and humbling musical experiences. 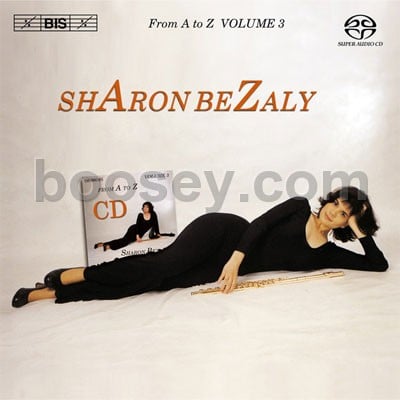