Iscariot was completed in Fairport, New York on July 18, 1989. The work was commissioned by the Saint Paul Chamber Orchestra in association with the Los Angeles Chamber Orchestra and the New Jersey Symphony and its composition was funded by a grant from the Meet the Composer Consortium Commissioning Program. It is scored for an orchestra consisting of 1 flute (doubling piccolo), 1 oboe, 1 English horn, 1 clarinet, 2 bassoons, 1 trumpet, 3 horns, celesta, percussion (2 players), and strings.

The title is of course derived from the name of Judas Iscariot, the famous betrayer of Jesus in the New Testament; although, beyond this there is no biblical program to the work. Iscariot is at once both my most autobiographical score to date as well as my most ritualized. Though the music is continuous, the piece is nonetheless highly sectionalized into a pattern of alternating strophes and antistrophes in the ancient Greek dramatic tradition, the five strophes featuring the strings while the four antistrophes utilize the celesta in combination with various wind or (in the final antistrophe) percussion instruments. In essence there is no overall development of musical materials in any traditional fashion but rather a series of related but dissimilar commentaries derived from numerological symbols, though in no sense does this work employ the twelve-tone system or any other technique reminiscent of it. Somewhat hidden in the antistrophes are references to the chorale "Es ist genug"—used so powerfully by Bach in his cantata O Ewigkeit, du Donnerwort—but the famous opening chords of the chorale emerge clearly at the conclusion of the fifth strophe. The tempo of Iscariot is slow throughout its eleven and a half minute duration and the general tone of the music is intense but dolorous—the heading con passione at the beginning of the score might well be a watchword for the piece as a whole.

Iscariot is dedicated "in friendship and with admiration" to John Adams. 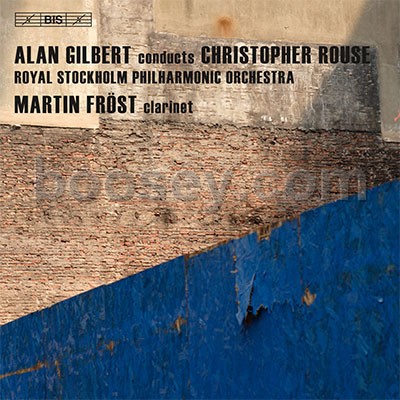