The following is the composer’s preferred program note. Please contact Jeffrey Edelstein ([email protected]) for permission to reprint these notes.

Dog Days…when I first saw this new opera I was thunderstruck by how it ends—and it is about the ending that I must remain silent. As the story—a family isolated from civilization after a disaster of war—twists and curls, the inner life of each family member is revealed as they react to a stray man in a dog costume who is also trying to survive the devastation; Dog Days is an emotional spring coiled tight. The ending is not the spring’s release but a further coiling.

The opera presses upon the stage the family’s reality—seemingly typical middle-class Americans making choices that try to preserve their everyday lives—and highlights their disturbing ordinariness and physical breakdown as well as their strange lassitude in coming to terms with the massive societal disintegration all around them. These choices result in both gruesome and touching actions as the seasons pass from stifling summer to winter cold and the food supply runs out.

Needless to say the family members are brutalized by their distressing circumstances. They struggle to retain their rituals and thus maintain their confidence and illusions, conveyed musically as metallic, staccato melodies that elongate and soften so that strings may express a hymn of grace, which is pronounced by the father over a paltry meal of pickled carrots. Tragically, it is the father’s desire to "go it alone" and turn away from the community, or in other words, deny the mutual dependencies that domesticate life. And although the family members variously comfort or disdain the man in the dog suit, they never recognize themselves and their dire situation in this stranger: are they proudly independent or safely dependent; are they human or are they mere animals. The music expresses this reality as jitters in the clarinet and percussion that stress the family’s brittle and changeable moods and insinuate something chilling about human nature.

This fragile and uncertain humanity of the family is portrayed in the harmonic unsteadiness of the music, played by an ensemble visible on the stage. While the music is energetic and amplified—a cloisonné of rock and Broadway vernacular held within outlines formed from classical styles—it conveys the feeling of traditional operatic recitative and aria. In the aria "Mirror, Mirror," the daughter misapprehends her own starvation, feeling that she has achieved a fashionable standard of beauty. The poignancy and the irony and the revulsion of this aria reveal—or more pointedly, mirror—what Dog Days is about: unstable individuality, self-delusion, false aspiration, and in spite of all that, hope. It is as if "Mirror, Mirror" dips the entire opera into a mild acid bath, liquefying its daydreams and exposing its intricate pitted surface. The final scene’s enigmatic intensification of drones, glissandi, and electronic feedback turns theatrical time into real time, and in real time the stage actions become inescapable—the audience is left awash in the primal emotions that Dog Days so powerfully evokes. 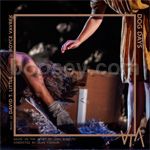