Hellhound, for solo cello, bass, drums, and electronics, was composed for cello virtuoso Maya Beiser in 2014. The title is a reference to legendary bluesman Robert Johnson's 1937 song "Hellhound On My Trail," considered to be among his greatest, which tells the story of a man pursued by demons, unable to rest. In the Johnson mythology, this song reinforces the famous tale of the Crossroads, in which he reportedly sold his soul to the devil in exchange for musical abilities. Hellhound is a meditation on the emotional elements of this story--the terror, the inability to stop, the soulless emptiness--and on the notion of having crossed a point of no return, pursued by demons, likely of one's own making. 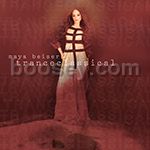 Purchase the album on Amazon:
https://www.amazon.com/Maya-Beiser-TranceClassical/dp/B01GU82OFE