Written in 2010 for violinist Todd Reynolds, and the sky was still there tells the story of an old friend, Amber Ferenz, and the epiphany that led her to embrace her true self, confront the US Army, and accept a dishonorable discharge under the Army's Don't Ask Don't Tell policy. Amber tells her own story in this work, while the violin plays along, providing a sometimes-somber, sometimes-whimsical sub-text. Amber's story, though unique, represents a struggle we all face on some level, whether to conform to cultural expectations, or defy them in pursuit of greater truths.


I felt then the absolute impersonality of the military. I was only there as a weapon-toter. I was not there for my mind, for my skills, for any of the fabulous things that are me. I was there only as a body with a gun.

Living closeted in the military is unbelievably difficult. (She was in the Navy, I was in the Army). You have to ask as if nothing is wrong when people bash on gays all around you. You have to sort of "go with it" or it will come down upon you, too. (We were in Arabic class together. Um, we fell for each other really, really hard.)


Yes, I joined the Army.


But at least then you never forget it.*

But all of a sudden, I was too tired to get out of my car. And I was sitting there, looking across the flight-line—there was a chain-link fence in front of my car that I had parked up against—and the sun was coming in through the front window, and I felt very warm and very cozy, and I could see the dust motes in my car in the sunlight, and it was beautiful. And I’m looking at the fence, and the sky, and the flight-line, and being exhausted, and it was like everything stopped. Time just stopped. The dust motes hung suspended.


And I heard a voice that said to me: If you care about the state of your soul, if you care about anything at all, if you want to continue to b e a good person: Get out. You don’t have much time. Get out. Get out, now!


And then the dust motes started up again. And the sky was still there, and the chain-link fence…but I had changed. I was done. I had quit. In that moment I understood that I needed to get out of the Army.


They sent me off to Sergeant school just after the New Year. And, I went. I told my Platoon Sergeant that I didn’t want to go, but they said, you have to. (…) And we’re all told, if you have any reason why you want to go home, speak up now or hold on to it. …and I told him.


To transition back to civilian life I decided to go hiking. My lover and I hit the Appalachian trail. I spent about three months out in the woods, and watched spring happen all around me, and I tried to figure out what I was gonna do next. 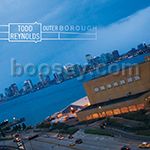