When both Daniel Barenboim and James Levine suggested a work for both of them to perform on my 100th birthday, delighted and also hoping that I could write something worthy of these two great performers, I soon realized that it could not be a regular piano concerto because it would not give equal prevalence to both performers. So I decided to write a work that had one long line, mostly for the strings, interrupted by the piano which also had its developing part interrupted by the orchestra. Each intervening in the other’s part, sometimes humorously.

"The banter that 'Interventions' explores is expressed in the opening measures through a musical joke. The orchestra sounds a collective sustained A, the pitch to which the instruments generally tune. But the uppity piano thumps out an intrusive B flat, a half-step up, as if to say, 'Take that.'"
— The New York Times

"…full of surprisingly lyrical string writing…with frequent interruptions from the piano, which then holds court with pointy, eruptive figuration or big, iridescent chords. Two independent trios help negotiate between orchestra and soloist. The final flourish is uncharacteristically brash - and life-affirming."
— The Boston Globe

“…a feisty score. …In 'Interventions,' whimsy meets wistfulness. The violins have it in mind to sing a long, lovely wide-ranging line for the whole of the score’s 17 minutes. They don’t get to, however, no matter how much support they get from the lower strings, which add harmonic and contrapuntal richness.”
— Los Angeles Times 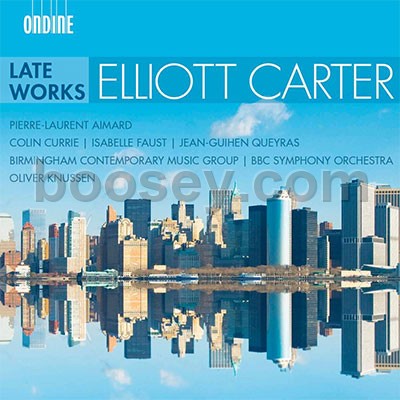