John Hollander’s poetry has fascinated me for many years because of its poetic skills, its awareness of our cultural past and its wide-ranging modern expressivity. So when Lucy Shelton (whose performances of my work are superb) and the Aldeburgh Festival proposed that I write a cycle for her, I accepted with great pleasure. The choice of the texts from many of Hollander’s books and a type-written script of Quatrains from Harp Lake (which John tells me is the Sea of Galilee) are basically focused around the character of that poem with its brief, vividly contrasting quatrains that have an under-current of irony and deep anxiety that is also found in the other four poems in different ways. The score was composed in the last months of 1994 in New York City.
Elliott Carter 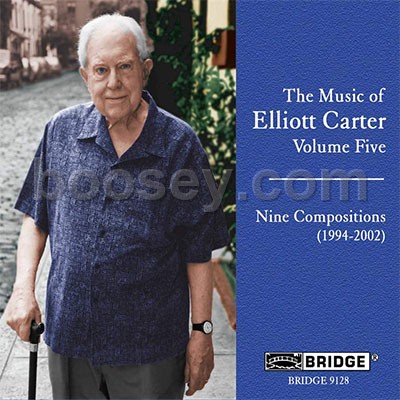