Fascination with Italian music, literature, and visual arts has grown ever since my mother took me to Rome in around 1924. This song-cycle is a small gesture of gratitude to Italian culture and its musicians that have shown such an interest in my work.

A few years ago Raffaele Pozzi (one of the directors of the Pontino Festival, which dedicated two of its manifestations to my work) sent me the two poems of Montale included in this cycle, asking me if I would set them. The first, Tempo e Tempi, pleased its Italian audience so much that I was encouraged to set others. Using the instrumentation of the first (oboe, clarinet, violin, and ‘cello), I chose poems by Ungaretti and Quasimodo, each referring to the passage of time.

"...the most beautiful and serene of all the song cycles of his extraordinary Indian summer of creativity."
BBC Music Magazine 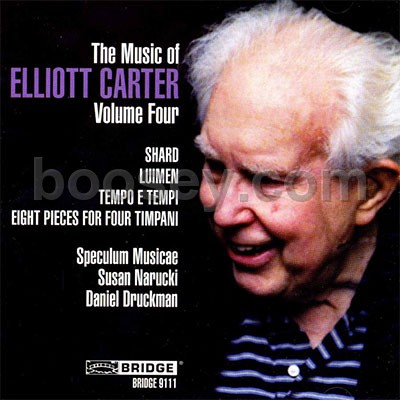