For the Fallen is a setting of Laurence Binyon’s famous ode honouring the war dead, familiar from Remembrance Day services, including the lines “At the going down of the sun and in the morning, We will remember them”. The poem is allotted to narrator and choir, and The Last Post is incorporated into the score, either for solo trumpet, or heard in the accompaniment (organ, symphony orchestra or concert band). The five-minute work has been recorded by EMI with soprano Hayley Westenra and Bernard Cribbins as narrator (2172962).

The score is dedicated to the composer’s uncle, Alfryn Jenkins, who lost his life as captain of a Lancaster bomber over Berlin in 1944. 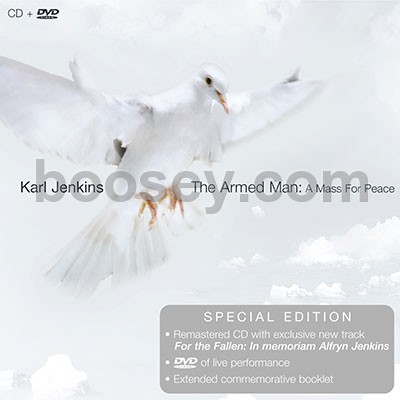