Charivari was conceived as an orchestral showpiece, and is based on the motif from Strauss’s ‘Perpetuum mobile’ polka which I had previously borrowed for the purposes of some incidental music. In a purely musical sense Charivari is an attempt to repay that debt. But during the course of composition I realised that there was another reason why the ‘perpetual motion’ idea had been nagging my conscience. Strauss himself was already describing an endangered species. But from today’s stand-point his motif alarmingly calls to mind that official mask of Gemütlichkeit behind which post-Hapsburg Austria has so often hidden its reactions to even the most drastic changes of fortune, and its complicity with some of them.

In Charivari the ‘mask’ is gradually allowed to slip, until, in the final crisis, it is torn off. Although the coda hastily restores it, and adds a fleeting reminder of Strauss’s ‘Wiener Blut’, it no longer fulfils its concealing function. The uglier facts of history cannot always be glossed over; and except perhaps for the tourist trade there’s nothing to be gained from obsessively harking back to the ‘good old days’. 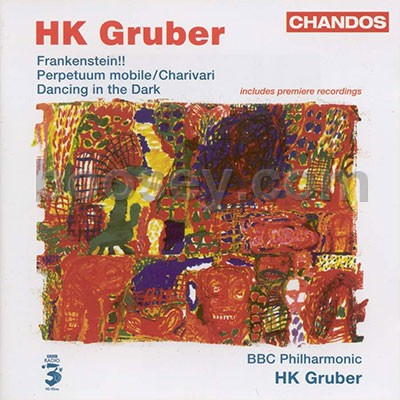