Nebelsteinmusik was commissioned by the Alban Berg Foundation, and is built from two thematic ideas: firstly a passage from the Andante Amoroso of Berg’s Lyric Suite where the tone row emerges clearly as melody and hints at its full harmonic richness, and secondly a musical anagram on the name of my former teacher, friendly critic and mentor, Gottfried von Einem. The anagram produced a six-note diatonic row which provided a fitting contrast to the chromatic nature of the Berg material, and it was between these two opposing poles that my music evolved. The work is named after Nebelstein, von Einem’s own local mountain in the wooded region of Lower Austria and, in evocation of Berg’s Andante Amoroso, the score is dedicated to Gottfried von Einem "For his seventieth birthday, with love".

The title of the first movement, This is my theme, is that of a jazz recording which appeared on a shellac disc around 1943. It was much admired among von Einem’s circle of friends, including his former teacher Boris Blacher, and the copy was passed around in secret, for records such as this were of course on the Nazi-Index and represented a great personal security risk to the owner and disseminator. The second movement’s title, In time with the heartbeat, refers to the underlying pulse of the second movement of Einem’s Piano Concerto Op.20, wonderfully lyrical music which has always struck me as a model expression of totally unsentimental affection. The third movement is a Cadenza whose rhythmic structuring is drawn from techniques employed in the last movement of Einem’s Concerto for Orchestra Op.4, the jazz-influenced work which was banned by Goebbels after its Berlin premiere in 1944. Cadenza leads without a break into the final movement, Concertino, which begins with an exact quotation from von Einem’s Concerto and recalls my childhood enthusiasm for von Einem’s skill in stretching large melodic arches over passages of complex rhythmic patterning, whilst also providing a lively apotheosis of my mentor. 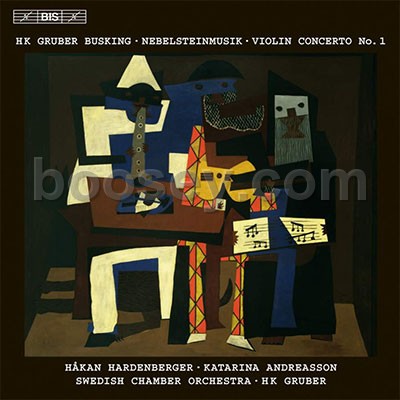