The Cry of Anubis, part tuba concerto, part tone poem, grew out of Birtwistle’s fascination with Anubis, the jackal-headed god if the necropolis in Egyptian mythology. The character, and the tuba, played a significant role in the composer’s opera The Second Mrs Kong (1993-94), as an overseer of the world of shadows and, transformed, as Kong’s nemesis, the Death of Kong. In The Cry of Anubis, the god again leads the funeral precession and is personified musically by the solo tuba. The Cry of Anubis is not a suite of excerpts from the opera, but rather takes some of the musical material on a new compositional journey.

"Anubis, half human, half divine, epitomises that otherworldly sphere conjured by Birtwistle's score... a muted, sombre processional, gathering momentum and intensity before closing in marvellously evocative fashion."
The Times 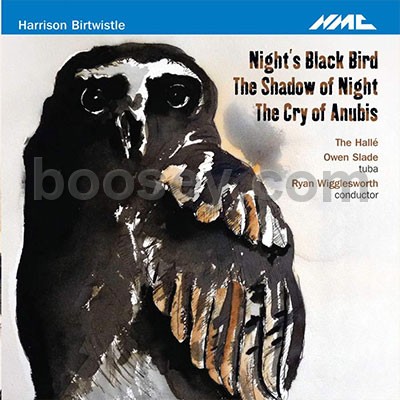