"How exciting and comforting at the same time: in spite of all festival highlights and Star appearances, concerts like this still fill the concert houses. On a lucky evening, one can be part of truly astonishing musical experiences thanks to the Munich avant-garde series of Musica Viva with the Bavarian Radio Symphony. Such was the case with the season’s finale, with conductor Martyn Brabbins and sparkling musical surprises, including a first performance by Helmut Oehring...

"Das BLAUMEER was the title of the work commissioned from Oehring, and it seems to be among the German composer's most captivating pieces. A muted trumpet, often whispering in a jazzy manner, a flickering and subtly murmuring guitar, a vast orchestra, becoming an ocean of sounds above which a rude thunder of percussion can suddenly burst out, and from which, progressively winding its way, emerges a delicate male soprano voice (Arno Raunig), finally citing Schubert’s Wanderer. A fascinating kaleidoscope of memories and free associations, highly complex and sensual."
Abendzeitung München

"With the sound effects in this piece, Oehring offers a level of invention matched by few other composers. The work was rough, unprotected, painfully delivering itself into our hands..." Süddeutsche Zeitung 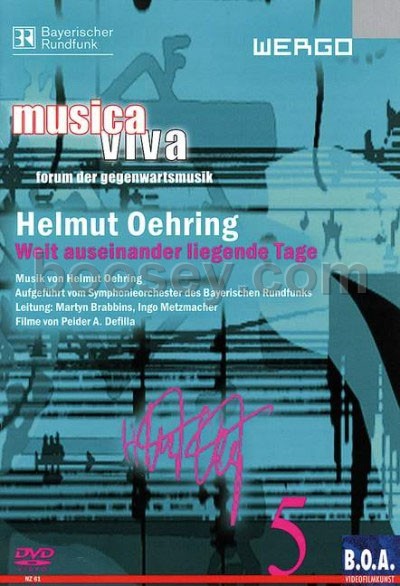