A concerto for piano and orchestra, in five short movements, connected by four short ‘interludes’ for orchestra only. It is perhaps Stravinsky’s most unexpected work, offering a version of the severe, pointillist soundworld of his much younger contemporaries in post-Second World War Europe. The shadow of Austrian serialist Anton Webern is cast over the music, but as heard through avant-garde ears such as those of Pierre Boulez or Karlheinz Stockhausen. But you can still spot Stravinskian thumbprints, such as the voicing of chords and the use of block structures. It is a unique moment in Stravinsky’s output, a late flowering of his ever-youthful spirit of reinvention. Try programming it with Schoenberg, Berg or Webern, or with Boulez, Berio, Ligeti or Chin. Or perhaps pair it with other of Stravinsky’s works where the piano has a significant role within the orchestra, such as Petrushka or the Symphony in Three Movements. Balanchine later turned its ‘movements’ into a ballet. 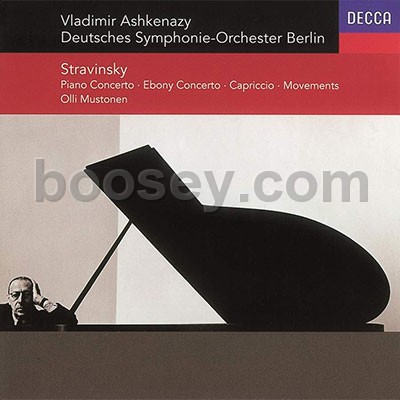