‘I looked, and I fell in love’, was Stravinsky’s later recollection after first being presented by Diaghilev with the music he thought was by Pergolesi (but was in fact a mix of 18th-century Italian composers), and which was the source material for his commedia dell’arte ballet. It was his first new work presented by the Ballets Russes on the Paris stage after World War I, and it was an instant hit. It represents Stravinsky’s decisive turn towards the West and away from Russia in order to renew his musical language. The score has an irresistible playfulness and joie de vivre, both in its original ballet form (with voices) and in the orchestral suite, and has become a mainstay for chamber orchestras. Why not programme it alongside Mendelssohn’s ‘Italian’ Symphony or Respighi’s musical pictures of Italy , or Prokofieff’s suite from The Love for Three Oranges, also based on the commedia dell’arte? It can also be coupled with a variety of other works for chamber orchestra from the 18th century to the present day, from a witty Haydn symphony such as the ‘Surprise’ Symphony to Prokofieff’s ‘Classical’ Symphony modelled on Haydn.

Diaghilev proposed to Stravinsky a ballet adapting Pergolesi (1710-1736) in the spirit of Vincenzo Tommassini’s The Good-Humored Ladies (1917), adapting Domenico Scarlatti. The result was Pulcinella. Stravinsky later wrote: “I had to find an answer to a question of the greatest importance ... Should my line of action with regard to Pergolesi be dominated by my love or by my respect for his music? Is it love or respect that urges us to possess a woman? Is it not by love alone that we succeed in penetrating to the very essence of a being? But, then, does love diminish respect? Respect alone remains barren, and can never serve as a productive or creative factor.” Retooling his sources (many of which, research has shown, were not composed by Pergolesi), Stravinsky produced one of his wittiest neo-classical confections. 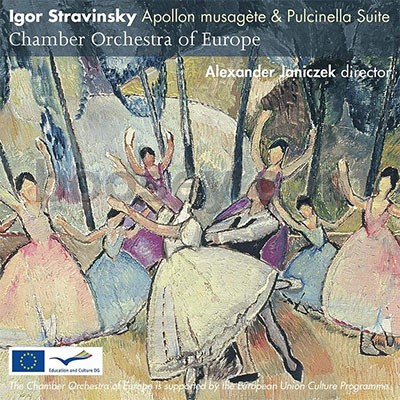