Gasa is a Korean word meaning simply "Song-Words" and is the name of a Korean narrative art song. It is sung by a woman and is accompanied by a bamboo flute, the Taegum and an hour­glass drum, the Changgo. In Gasa the violin part is modelled on the character of the voice which contrasts such opposites as purity and courseness, near and far, light and dark. "Gasa exists in space. It takes no heed of time – each moment exists in space and that space is unending. Within this (space) however there exists a dramatic development." (Isang Yun) In Gasa Yun combines his central-tone technique with twelve note tone-fields.
Walter-Wolfgang Sparrer (1990) 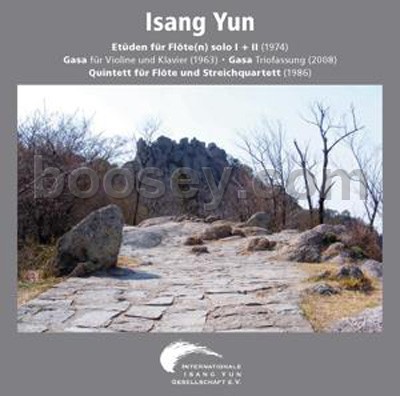