The tremendous success accorded to Jacques Offenbach (1819–1880) for his comic operas (Orphée aux Enfers, La Belle Hélène, etc.) and his posthumous masterpiece, Les Contes d’Hoffmann, have led people to overlook the fact that, in his youth, the composer was also an eminent cellist. The musician his contemporaries nicknamed ‘the Paganini of the cello’ also did a great deal of composing for his own instrument, numerous chamber works (some of them created with Liszt, Rubinstein or Flotow…) as well as major concert works, which he performed in salons or in various concert halls, be they in Paris, London or Cologne. Thanks to his legendary virtuosity, Offenbach was able to write some extremely brilliant pieces of music, such as his Concerto militaire. Given his reputation, it was logical that a publisher should ask him to draw up this Cours méthodique de duos in six progressive steps. This particularly original form combined the aims of instruction with a most sensitive, most spiritual music. This was evidently met with immediate approbation, which has been sustained to this day, and this despite the absence of new editions and the mediocre quality of the original editions.
Offenbach the educator! Doubtless the very thought brought a smile to the face of Olive Vaslin, his former instructor at the Paris Conservatory, a teacher with whom Offenbach hardly spent any time, as the composer was already experiencing difficulty bearing up under institutional constraints.
Published in 1847, at a time in which Offenbach was in the midst of composing La Duchesse d’Albe (a major opera seria commissioned by Adolphe Adam, the renowned composer and new director at the Théâtre Lyrique, but in the end never performed), it is quite likely that Offenbach had also taken on this additional work out of a genuine financial need – for it would be another decade before he received true recognition as a composer. [...]
With his first duet, Offenbach invites us into the realm of poetry: a constant in the work of the composer of La Vie parisienne which all too often tends to go overlooked, but which nonetheless appears throughout his works, numbering more than 650 opuses. This Cours méthodique de duos is immensely rich in terms of the diversity of the various numbers it contains: colours, tonalities, character. [...]
Jean-Christophe Keck (from the preface of the edition)

Offenbach’s Cours méthodique de duos pour deux violoncelles keeps to the sequence in which the positions of the left hand are generally taught. Are we correct in assuming that the first position is the easiest, and that the thumb position can be broached only after a long interval? It seems of little use for us to join this polemic; the aim of this new edition is to emphasise the value of Offenbach’s music. [...]
Cyrille Tricoire (from the preface of the edition)

Cyrille Tricoire began his career as an orchestral musician in 1990 with the Ensemble Orchestral de Paris, directed by Armin Jordan. Regularly invited as first soloist by the Orchestre National de France (2001-02 season) and, since 1997, the National Opera of Lyon, he has also been a ‘guest musician’ of the European Chamber Orchestra since 2002.
In Montpellier, within the framework of the Amadeus chamber music series, he has appeared with internationally-known artists including Janos Starker, Anner Bylsma, Maria João Pires, Augustin Dumay, Fazil Say and Michel Dalberto. He plays the string quartet repertoire with the Orchestre National de Montpellier Quartet and also performs in various chamber ensembles with colleagues from the Orchestra.
As soloist with the Orchestre National de Montpellier, he has performed rare works (Philippe Hersant, Britten, André Caplet, James MacMillan in French premiere, Offenbach…) as well as Strauss (Don Quixote) and Haydn under the direction of Friedemann Layer. In 2003, he interpreted the solo part in Christophe Héral’s film score for Jean-François Laguionie’s animated film Black Mor’s Island. The following year, he played Philippe Hersant’s Second Concerto at the ‘Présences’ Festival at the Maison de Radio France in Paris; his interpretation of this work has also been published on CD by Universal-Accord, as well as the Cello Symphony by Benjamin Britten.
He began studying with Erwan Fauré at the age of 10, going on to Jean-Marie Gamard’s class at the Paris Conservatoire where he obtained two first prizes in 1986. He then studied with Philippe Muller at the doctoral level prior to a year of advanced study at the University of Indiana in Bloomington with the famous cellist Janos Starker. Cyrille Tricoire currently teaches cello at the National Regional Conservatory of Montpellier, where he passes on the fruits of his experience to others. 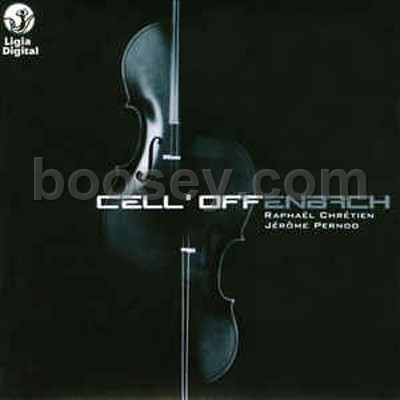