Although Fourteen Little Pictures is a set of 14 separate miniatures they are stitched together and interwoven to form a single through-composed work, lasting about twenty minutes. The 14 short movements were conceived as individual and complete entities but a number of common threads were extended between them to establish references, resonances and recapitulations. This was to allow a sense of scale and unity to be projected onto a larger canvas.


The music presents the members of the trio in a series of different contexts, sometimes all three having equal importance (movements I and V), sometimes individuals coming to the fore (cello in III, piano in IV, violin in VII), sometimes reduced to a duo (VIII) or even to a solitary player (piano in IX).


The music covers a wide range of moods ranging from ‘feroce, virtuoso, strepitoso’ on one hand to ‘delicato e fragile’ on the other; from the violent and eruptive to the childlike and desolate. The eleventh picture is the climax of the music’s progress where the trio all play fffff, "desolato, martellato, feroce etc ...".


The fourteenth and final "picture" brings the music full circle, at first presenting some of the material from the first "picture" but quickly transforming it into a long piano postlude marked "teneroso, delicato, lontano e semplice".


The work was commissioned by the BBC to mark the 25th anniversary of the collaboration of Peter Frankl, György Pauk and Ralph Kirshbaum, and was first performed by them on 21 May 1997 at the Wigmore Hall, London.

"A powerful new chamber work... MacMillan sets in motion a battle of contrasts - of energy and stasis, of ferocious thunder and ghostly echoes - while the unifying element is its mood of dark profundity."
Daily Telegraph 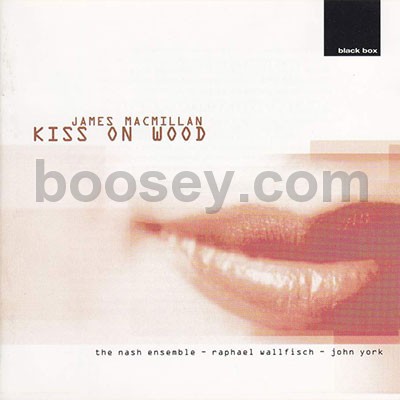