In responding to a request from Nicola Benedetti for a new work I settled on the common link of our Ayrshire backgrounds. Initially I was going to arrange a song by Robert Burns, and perhaps build some variations on it. The song was "Ca’ the Yowes". However, in the first of these two short movements the original song is hardly present, but rather hovers like a subliminal message, melodically and harmonically. The violin line is lyrical and melancholy with delicate sustained sounds in the accompaniment. The form is binary, and after the mid-point the two horns (in the orchestral version) begin to feature more in dialogue with the soloist.

The second movement is fast and based on Celtic reel forms. After the reflective first movement it provides a brief but wild contrast. 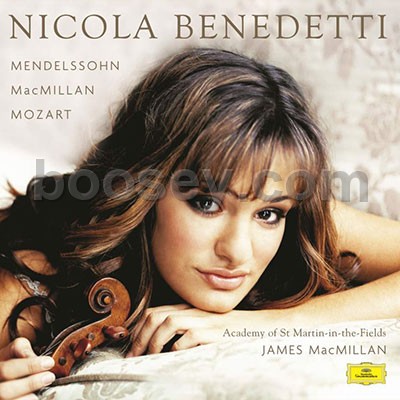