This short Mass setting was written when the composer was aged 17 and released for publication thirty years later in 2007. The style is imbued with the Renaissance and Baroque choral works that MacMillan was discovering with his school choir, as well as music by Britten and Kenneth Leighton with whom he started composition lessons around this time. The Kyrie seems to grow out of the world of the Byrd Four Part Mass, with beautifully interweaving parts creating that same sense of peaceful flow. The Gloria is slightly more challenging. More chordal in texture with Gabrieli-like antiphonal writing throwing the phrases between upper and lower voices. The harmony is quite rich, and reminds one strongly of Frank Martin’s glorious double choir Mass.

The whole effect of this Mass is music to aid contemplation and devotion. In its simplicity of means it speaks very directly to the listener. Vocally, it is not as simple as all that. There are some hurdles to leap in terms of reading, but the real challenge is in achieving the music line which so much of this music demands. This beautiful work should be very widely used.

"...here is a definite addition to the repertoire - finely crafted, sensitively set, it should sit well alongside the essays of Walton, Berkeley etc."
Organists' Review 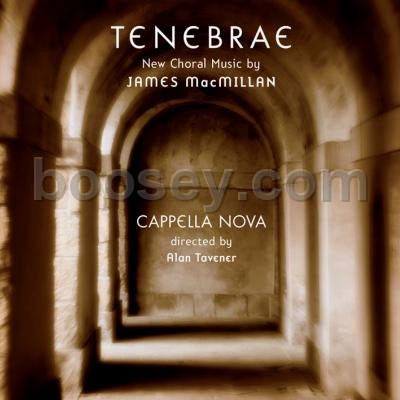