The St Alban’s International Organ Festival together with Gonville and Caius College, Cambridge commissioned this work (together with two personal donors) for the Festival in 2015. It is unusually scored for triplepipe, choir and organ. The triplepipe is a re-creation of such an instrument which Barnaby Brown (to whom this work is dedicated) found on a 9th century grave slab in Chatham Priory in Argyll. It is three separate reed pipes, one of which is a drone (like the more well-known bagpipes) and the other two are melodic. The text is stated in the score as being 6-8th century Anon. Another source attributes it to Colum Cille (521-597), who was the founder of the monastic community on the island of Iona. The overall effect is, of course, incredibly aurally stimulating and dramatic - for instance, the choir has more than a whole page of shouting over massive organ clusters later in the piece after which the basses recover to sing a gentle reprise of the opening melody.

If you can obtain the services of Barnaby Brown or another rare example of the triplepipe community and you have an accomplished organist together with a choir who can deal with the extremes in the piece (quite a lot of it is very manageable) then this would be a superb concert piece to be able to offer an unsuspecting audience. This really is a fine example of MacMillan’s originality of thought and approach to text. 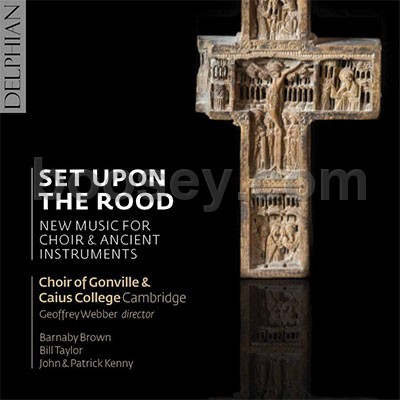