My setting of O Virgo Prudentissima is based on a tiny fragment from the Eton Choir Book by Robert Wylkinson. We hear the melodic fragments, but in a cloud of closed-mouth sounds from some of the singers. Gradually the material blossoms into more fully fledged phrases. The humming sounds are still used at various points as a textural accompaniment to the more melodic material.

Passages of chorale-like homophony alternate with more flexible polyphony, in an attempt to evoke ancient musical memories. The humming becomes a feature in the middle of the piece, when sopranos and altos create a heterophonic haze, under which the tenors and basses are more emphatic.

High, hummed chords float down towards a recapitulation of the opening materials, some more soprano heterophony and a final, joyous Alleluia!

Another large-scale unaccompanied motet (some 13 minutes) like the Alleluia but this time a Marian motet setting a text attributed to the 15th century poet Poliziano. Commissioned by the Genesis Foundation for The Sixteen this motet is extraordinarily effective but equally demanding – demanding even for such a highly professional group like The Sixteen. But we now have a plethora of professional choirs in the UK and, of course, there are many such in Europe and further afield. Any of these whose repertoire is broad and includes contemporary music should investigate this wonderful music which will repay rehearsal time in spades.

The motet is heavily divided with three soprano parts, four altos, four tenors and four basses with a soprano solo part, too. As so often there are some high hummed parts and elsewhere, free-flowing, individual senza misura sections for sopranos and altos creating what MacMillan describes as a ‘heterophonic texture’. These are hummed too while the tenors and basses interject with powerful chordal material. There is a beautiful polyphonic section at ‘Tu stella maris diceris’ (‘You are called the star of the sea’) which flows like the water it relates to and reminds me of an equally beautiful polyphonic section in a much earlier motet The Song of the Lamb (2008). Carefully balanced parts are needed for the movement between voice parts where one takes over from another which should be a seamless transition.

This is undoubtedly one of MacMillan’s finest achievements of recent years in this genre. 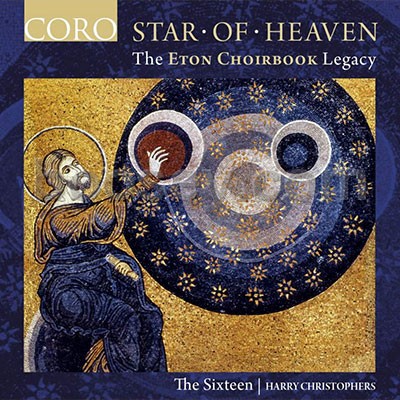