This work sets a wonderfully colourful poem (described as a ‘Festival Hymn’) by Jeremy Taylor (1613-1667). It is written in a simple and evocative fashion which makes it easily performable by most mixed choirs. The organ part is also less demanding than many of MacMillan’s other works. A highly effective and approachable anthem, it is equally appropriate for liturgical use at the Feast of the Annunciation or more generally for concert performance.

The lovely sense of forward motion (and yet also an almost mesmerising sense of stillness) in this piece is obvious, and the grateful linear writing is rather less angular than in some of MacMillan’s other choral works. Everything leads to the climax on the first Alleluia, after which the piece imaginatively winds down through a repeated figure set of three-part contrapuntal Alleluias (without basses) against which is set a giocoso organ solo part that dances its way to a quiet conclusion, long after the voices have faded out. 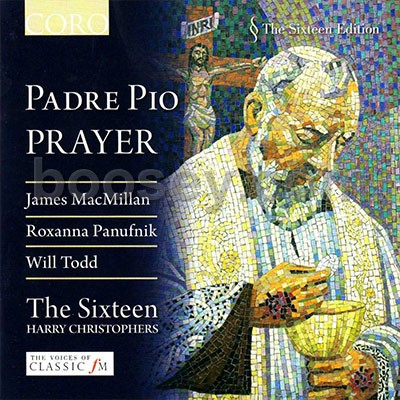