It is heartening that MacMillan should write substantially for school choirs and that the music he writes should reflect the obviously high quality of the music making in these schools. It is not that any of these pieces are overtly difficult, and they are always with the sensible reach of these young singers, but MacMillan always ensures that what he is writing is sensibly poised between what he wants to write in reflection of the words he is setting, and the ability of the commissioning choir. In this case it is Worth Abbey who asked him to write this anthem in memory of a Chair of Governors who was particularly supportive of the school’s music.

MacMillan sets the first four verses of Psalm 33 which encourages not only singing but the playing of the harp and the ten-stringed lyre which can then be held to represent all musical activity. It has a substantial organ part which sets up a suitably lilting, dancing opening. The harp is introduced by spread chords, and the lyre reflected in strong separated organ chords. Chorally, the choir needs a confident approach mirroring all this from the organ. In a section later on the sopranos are asked to take on a phrase ‘one after the other, not together, at different speeds, canonically, heterophonically’ while the ATB voices dance around the words ‘play skilfully’. The piece ends as it began with an exuberant solo organ. This is another anthem well within reach of most choirs looking for an upbeat, exciting anthem either for church or concert purposes. 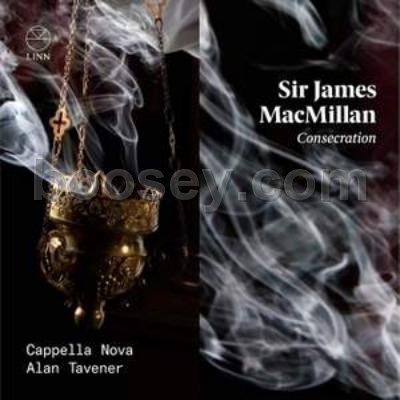