"MacMillan speaks of a ‘painful world of loss, violence, and spiritual desolation’, and those are the intense feelings packed into his score. Both sides of MacMillan are to be found here, the devotional and the painter of bold, dramatic canvases – the former in the ethereal writing for solo and ensemble voices, the latter in the lacerating blows and feverish anxieties depicted in the string ensemble."
Financial Times

"It’s not often that the composer of a new work gets a standing ovation, but then every new work isn’t like James MacMillan’s Stabat Mater for chorus and string orchestra… The chorus’s plangent cries, carved with a scalpel, might have been expected – but what about the string commentary of stabbing chords, high-speed buzzings, sickening crescendos, growls and whispers?... from noble lament through fury and shriek to contemplative devotion."
The Times 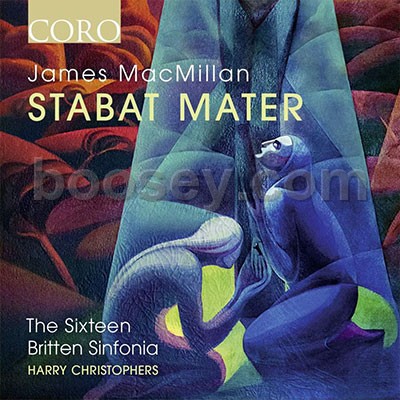