This is a much bigger-scale motet than many of the other Strathclyde Motets. Like Lux æterna it is built on a cantus firmus begun by the basses and continued for the last part of the motet by the altos. The tenors enter in the fourth bar with the imitative dotted figure which is used extensively. After the dotted rhythms there is a short passage of even notes which are picked up and developed as the piece progresses. The short extract from Psalm 1 says simply: ‘He who meditates day and night on the law of the Lord shall bring forth his fruit in due season’. The ending grows around the continuing cantus firmus and has strongly repetitious chords (‘in due season’) which die away to a serene A major cadence.

The issues for the choir in this motet are the evenness of the bass and alto cantus firmus and its balance against the rest of the choir, and MacMillan’s leggiero direction for the dotted rhythms which will be a challenge to some choirs. Be careful not to make the semiquaver (16th note) lumpy and always
feel the forward direction of the phrase, being careful that this does not lead to speeding up and a resulting untidiness between parts singing the same rhythm. 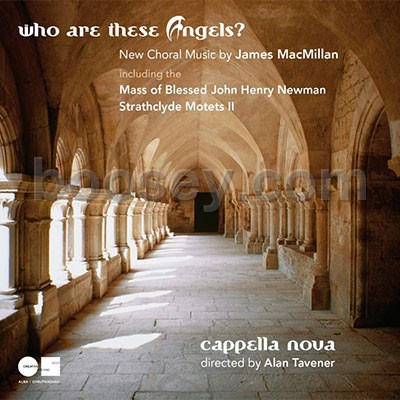