Another great occasional piece for a ceremonial event. MacMillan really has a perfect feel for the kind of music which sends shivers up and down the spine as the organ, brass and timpani thunder around a great reverberant space. The text: ‘Thou art Peter and on this rock will I build my church’ is perfectly appropriate for the visit of St Peter’s modern successor. The feel of the music, unlike that for the installation of the Archbishop of Westminster, however, is of a darker hue – maybe a reflection of the weight of responsibility surrounding the Pontiff, maybe a reflection of the dark secular times in which we live. Who knows? But what MacMillan marks to be played ‘joyfully’ in the brass triplet semiquavers (16th notes) feels slightly portentous – but then it is an extraordinary occasion in which awe is probably more in evidence than levity.

As with the other Westminster Cathedral ‘occasional’ works the choral parts are not especially difficult though it is a more challenging work than Summae Trinitati. There is a separate instrumental Processional movement based on the opening material. The end of the main motet leads directly into chant and the Introit for Christ The King. In a concert situation an ending would have to be organized. It could lead directly via the organ pedal G which is held over after the final choral phrase into the Processional movement. 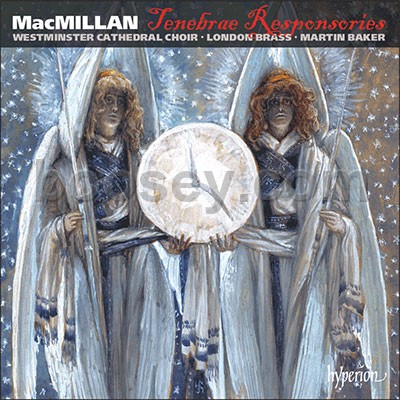