My first string quartet is the peculiar ‘odd man out’ in my work since it is the nearest thing to an autobiographical statement. The title is an indication that the piece is a celebration of (or comment on) a newly emerging fecundity of expression which seemed to absorb me in the latter part of 1987, and which has extended itself through more recent pieces, Bùsqueda, Into the Ferment and Tryst (a commission for the Scottish Chamber Orchestra). As well as marking the beginning of a particularly prolific time for me, it also marked a fusion of earlier influences and a departure on a style of writing which is both naturally and deliberately more direct and explicit.

The work is in two movements, the first being a short prelude based on a slow, obsessive crescendo on one note (D) which explodes into a violent outburst before subsiding back to the central tone. The substantial second movement is in two halves: the first part is a sectional presentation of three separate ideas, the second half being a more through-composed, organically developed treatment of these ideas. The style is gestural and dramatic with an underlying pervasive lyricism. There is a general growth of tension throughout this movement, eventually resulting in an aggressive and rhythmically brittle dance idea before the piece ends quietly and intensely.

"...a work of great depth and intensity with a poignant Scottish flavour, evident in the apparent allusions to Gaelic psalmody."
Daily Telegraph 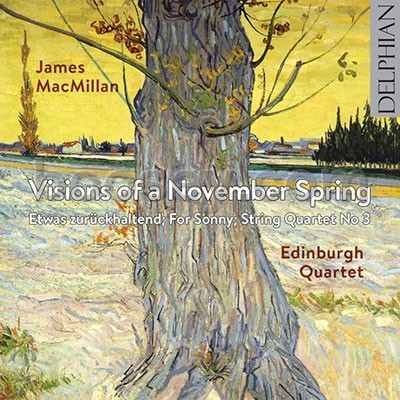