American Berserk was written for Garrick Ohlsson and clearly takes advantage of his astonishing technical abilities and sonic power. It is a piece that has many resonances with earlier American piano music, specifically that of Ives and Nancarrow. It is spiky, rhythmically unpredictable, at times jazzy, and flavored with ragtime and bop. Although only six minutes long, it demands exceptional pianistic abilities in the areas of rhythmic control and rapid chordal movement. The title is suggested by a phrase in Philip Roth's American Pastoral. But unlike the Roth novel, which is largely elegiac and meditative, American Berserk is extroverted, punchy, and fundamentally good-natured.
John Adams 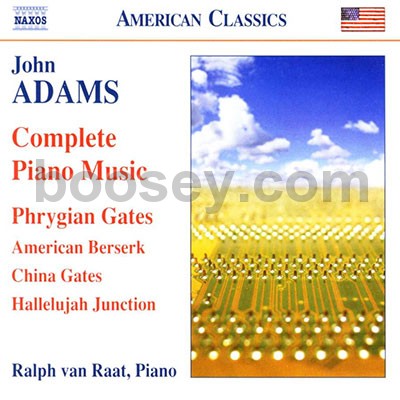