Cast in the in the form of a prologue, two acts and an epilogue, The Death of Klinghoffer tells the story of the 1984 hijacking of the Italian cruise ship Achille Lauro by four Palestinian commandos and the subsequent killing of Leon Klinghoffer, a Jewish American passenger, whose body was thown overboard in the wheelchair to which he had been confined. Unlike Nixon in China, which employed realistic costumes, make-up and sets (including one of Chairman Mao's study and a gigantic replica of Air Force One), the original Klinghoffer staging by Peter Sellars bore more resemblance to a medieval passion play than to an opera. The large steel tower that comprised the set only obliquely suggested an ocean-going vessel, and a large part of the stage action was meticulously mimed by both singers and dancers dressed in gravely subdued slacks, shirts and skirts. Indeed, the ritualized presentation of the story, combined with the substantial role for the chorus, made the opera more of a meditation on the tragic events and their causes and less of a conventional operatic narrative. Not unlike a Bach Passion, the story is supported and articulated by frequent choral interludes. These choruses stand apart from the action and are devoted to the voice of nations (the Jews and the Palestinians) or to the natural world (the ocean, the desert, night and day, creation and decay). In the Prologue, a domestic scene from a bourgeoise Jewish American family is surrounded by the two choruses of nations in exile. Elsewhere in the opera the chorus assumes an almost oracular tone.

The premiere of Klinghoffer took place in Brussels, in the spring of 1991 during the final weeks of the Gulf War. Perhaps in part because of its perceived topicality and the fact that violence in the Middle East was the theme of the day, the production attracted a great deal of media attention. But the response in Europe was strangely muted, and there seemed to be a general aura of disappointment over the fact that the opera, far from being a graphic exploitation of a terrorist episode, was in fact a ceremonial work of almost Attic formality, complete with choreography (by the Mark Morris Company) and the highly ritualized physical gestures which have become a hallmark of the Sellars style. Compared to the effusive, extrovert Nixon in China, Klinghoffer seemed to many a difficult, introvert piece, alternating between elegy and violence, and its reception and appreciation was further compromised by the highly charged nature of its subect. When the opera arrived in New York, where political feelings ran many degrees higher, the public and critical reception was intense. For many, Alice Goodman’s libretto was disturbing not only because the Whitmanesque clarity and simplicity of her Nixon libretto had given way to a rhythm and utterance that echoed in density and depth the Koran and the Old Testament, but also because, in her text, she gave utterance not only to the sufferings of the Jews, but to the Palestinians as well. The very words of the exiled Palestinian that open the opera seemed to some listeners not a simple statement of fact, but rather a provocation:

My father’s house was razed
In nineteen forty eight
When the Israelis passed
Over our street.

the confrontation between the wheelchair-bound Leon Klinghoffer and the terrorist named "Rambo", so-called by the passengers because of his especially thuggish behavior and his predilection for wearing his weapons so conspicuously draped around his bare chest.

the "Aria of the Falling Body", a soliloquy sung by the body of Leon Klinghoffer as it falls in slow motion through space to its eventual resting place in the ocean. This aria is cast in a slow "gymnopedie" in 5/4 time.

the "Bird Aria", sung by "Mamoud" (all the hijackers had assumed noms de guerre for this operation), the most reflective and pessimistic of the terrorists. The captain of the Achille Lauro had spent the entire first night alone in the steering house with Mamoud, and their talk turned very personal and philosphical. Just before dawn a small bird had alighted on the captain’s sleeve, prompting Mamoud to reflect on birds as a metaphor for freedom and purity. 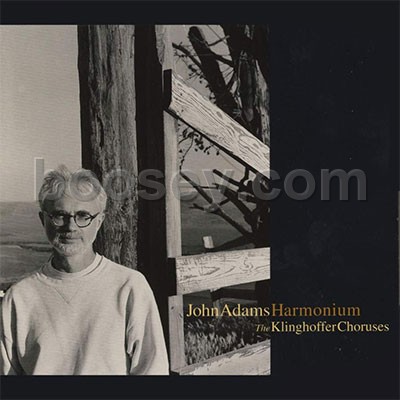