A Requiem is a Mass for the souls of the dead. In general I have set the usual Latin movements but in keeping with my usual trait of drawing from other cultures, I have also set five Japanese haiku ‘death’ poems. Such poems are usually to do with nature, have a single idea, and consist of seventeen syllables divided 5-7-5 over three lines. As one can see from the text, the Japanese view nature’s water cycle [precipitation] as being synonymous with life.


I have combined the Western and Eastern texts in two of the haiku movements. Having Seen The Moon and Farewell, which incorporate the Benedictus and the Agnus Dei respectively. Both are intoned by male voices in a monastic style as a counterpoint to the Japanese text sung by females.


The instrumentation of these haiku settings includes the ancient Japanese wind instrument the shakuhachi. Elsewhere, as usual, I have used some ethnic drums [e.g. Arabic darabuca, Japanese daiko, frame drums] and even a hip-hop rhythm in the Dies Irae!


The work is dedicated to my late father, a musician and an inspiration


Reproduction Rights:
This programme note may be reproduced in concert programmes with a credit to the composer

"Jenkins's gift for writing solid melodies according to the mood of the text is profound."
Choral Review 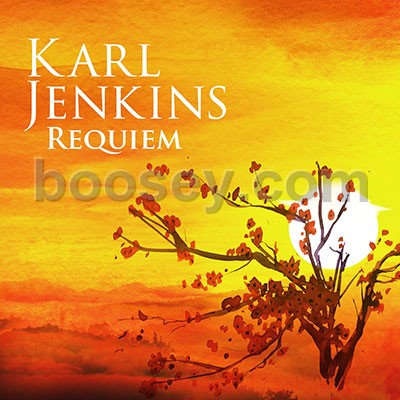