<DIR=LTR align="left">The Healer is a cantata for St Luke, an evangelist and physician of the soul. The text deals with healing, not only in the Christian and spiritual sense, but also with secular issues such as the ‘healing’ of our planet, Earth. Apart from the Gospel according to St Luke, there are extracts from the Book of Common Prayer and a poem by William Blake together with contributions especially written for this work, by Terry Waite CBE, Vivien Harrison and Carol Barratt, who researched and collated the text with guidance from Father Tim Ardouin of Llanrhidian Church, Gower.

The Healer is scored for soprano, baritone, mixed chorus, oboe (doubling cor Anglais), strings and percussion. To evoke the atmosphere and the sound of the ancient holy land or Middle East, I have occasionally used, as in my Stabat Mater, some percussion instruments, the riq* and the darabuca, associated with this part of the world. There is also an important role for the solo oboe (doubling cor Anglais), which is featured throughout, echoing the ancient indigenous double reed instruments of that area.

*The riq is essentially a Middle Eastern tambourine. An orchestral tambourine may be used instead. The darabuca is a goblet drum from the Middle East but many cultures have such a drum. It is played with the hands, so any substitute hand drum may be used. 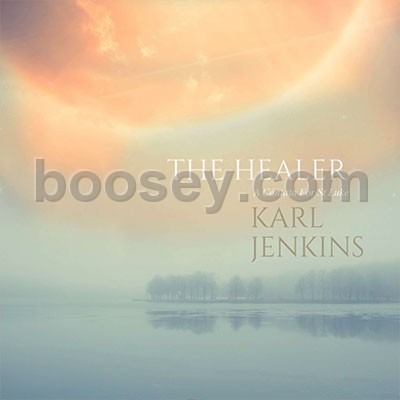 Buy the box set from our Online Shop