This work is dedicated “To the Spirit of Yadin and to his Fallen Brothers.” The reference is to Yadin Tanenbaum, a nineteen-year-old Israeli flutist who, in 1973, at the height of his musical powers was killed in his tank in the Sinai. He would have been twenty-seven years old at the time this piece was written.

Halil (the Hebrew word for “flute”) is formally unlike any other work I have written, but is like much of my music in its struggle between tonal and non-tonal forces. In this case, I sense that struggle as involving wars and the treat of wars, the overwhelming desire to live, and the consolations of art, love and the hope for peace. It is a kind of night-music which, from its opening 12-tone row to its ambiguously diatonic final cadence, is an ongoing conflict of nocturnal images: wish-dreams, nightmares, repose, sleeplessness, night-terrors and sleep itself, Death’s twin brother.

I never knew Yadin Tanenbaum, but I know his spirit.

Reproduction Rights
This program note can be reproduced free of charge in concert programs with a credit to the composer. 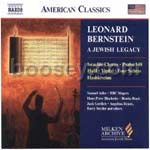