"Al largo" is an unusual title. This is the fastest music I've ever written, yet somewhere deep down there is a feeling of a very slow undertone and a very slow momentum, something large and wide in terms of expression. For a long time I already had an idea that I should call the work something contradictory—not something indicating a fast piece but, rather, something like Adagio or Largo. I then happened to speak with Luca Francesconi, an Italian composer who is a good friend of mine, and I asked him what would go well with “largo.” He suggested that I use the Italian expression "Al largo," which means being offshore, specifically referring to that moment when you reach the open sea and you don't see the coast anymore and what is before you is vast.

Al Largo is full of fanfares and joyous noises, but somehow its main structure falls into two halves, both of them starting very energetically and ending up as slow music. I like the sound of the word largo and I like the historical ballast of the word largo; even when you put it into the context of the Italian meaning of its name context, the piece remains abstract, musically.


One of my earliest ideas with regard to this project was to create a big piece, but I didn't want to use a huge orchestra since I had done that many times in the past; I wanted the work to be more constrained, played by a smaller ensemble, and a perfect masterpiece in that category is Ravel’s Ma Mère l'oye (Mother Goose), which is a gorgeous piece, particularly in the way that Ravel builds up tremendous expression with smaller resources.

Another work that became very important to me was Schoenberg's Verklärte Nacht. For me, the most beautiful moment in music history occurs at the end of that work. I actually worked in a one-bar quote from Verklärte Nacht at the end of Al largo. I use my own melodic material on top of it, but there is a real, small gesture toward Schoenberg. I'm still fascinated by that moment in music history, when tonality somehow collapsed. I'm sort of like an archaeologist; in a way, I want to go back to that moment when tonality was still cold. I'm the archaeologist coming from the future, looking into “Could there be another way to go? Could there be another direction?” 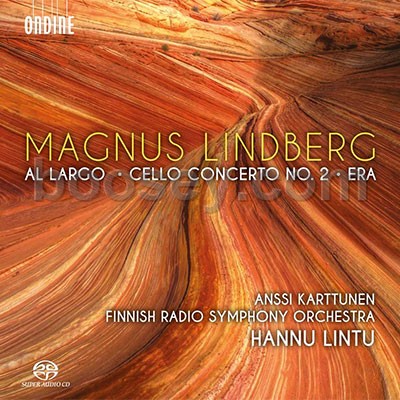