Partia was composed in 2001 as a commission for the Turku Cello Competition. The title has its roots in the original manuscript of Bach’s partitas for violin in which he uses the old Italian name ‘partia’. However, the movements have no direct structural similarity with baroque partitas, and their titles are borrowed from a period before Bach’s time.

Only the textures in the various movements are in some way reminiscent of their predecessors, which often consisted of an Allemande, Courante, Sarabande, Minuet or Bourrée and Gigue. As I did not like the name Allemande, my suite begins with a carousel-like Sinfonia, the movement most complex in form and one that presents the material of the piece.

The next five movements gradually filter the material, exploring different textures. The second movement is Coranto, the third Aria, a slow, singing piece. Boria is a scherzo-like, wild, textural piece. The Double points to the baroque double minuet and is followed without a pause by the final movement, Giga.
Magnus Lindberg, July 2007

Reproduction Rights:
This programme note can be reproduced free of charge in concert programmes with a credit to the composer 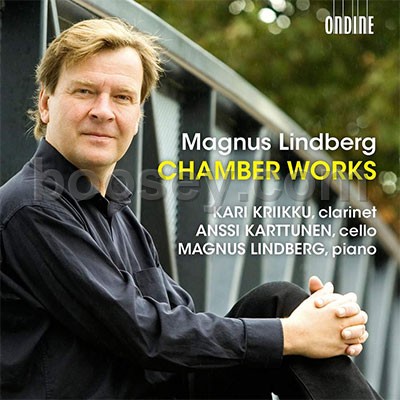