“…there's no doubting this is a significant addition to the repertoire. Accessible, tough and unmistakably Turnage, it has a blatantly classical shape, setting out like a baroque jig, with lots of arresting staccato gestures and complex rhythms, before moving on to a moody slow movement and a final dance of obsessive nerve and energy. A stunning piece."
Financial Times

“Unusually, in the energetic outer movements, the composer treats the violin as quasi-percussion, with jagged-edge multiple stopping and wild rhythmic abandon. The slow Blues movement is a serene oasis of calm at the heart of the work. This is a notable addition to the concerto repertory. The solo part was thrillingly played by the dedicatee, Christian Tetzlaff, a rare champion of new music among elite contemporary violinists.”
Sunday Times 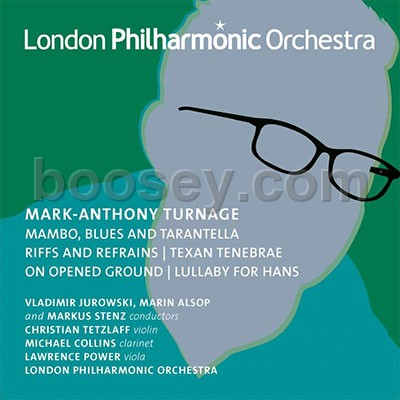