"Mark-Anthony Turnage’s monumental Speranza is an act of prayer which goes straight to the heart… The very act of creation, for these resplendent forces, is an expression of hope, even if the tale it tells is tragic… The final Jewish melody blossoms into a majestic surge, pulling motifs from the work together."
BBC Music Magazine

"...a work gorgeously streaked with searing melodies simply stated then draped in rainbow polyphony."
The Times

"The sound world of Speranza is as contemporary as a virtual cityscape. Yet the four movements are also based on sharply memorable motifs, which develop in ways that not only satisfy intellectually, but at best form an emotional narrative as gripping as Shostakovich."
BBC Music Magazine on the LSO Live recording 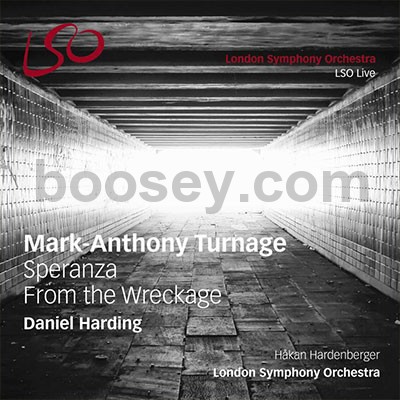