The title Deus ex Machina refers to the Latin phrase, “god from the machine.”  Each of the three movements of the piano concerto is a musical response to the world of trains.

I. Fast Forward (Di andata veloce)
The first movement departs from the Manifesto of Futurism (1909), in which the Italian futurist F.T. Marinetti declared that machine technologies would propel the world toward a universal culture. The image of a speeding locomotive became an icon in modernist art of European painters in the early twentieth century.  Two important paintings I had in mind were States of Mind (1911), the Cubist trilogy of a noisy and dissonant train arriving and departing at a modern railroad station, painted by the Italian Futurist Umberto Boccioni, and Time Transfixed (1936), the strange image of a steam locomotive emerging from a dining room fireplace, painted by the French Surrealist Rene Magritte.  I synthesize these various avant-garde perspectives on trains in motion and commotion, creating my own musical manifesto.  Abstract musical lines, mechanical velocities, contrary vectors, polyrhythmic vibrations, and fragmented reverberations all move “fast forward” to arrive at a modernist utopian future.


II. Train of Tears
From April to May of 1865, a “lonesome train on a lonesome track” with “seven coaches painted black” carried the body of the assassinated American Civil War President Abraham Lincoln from Washington D.C. to his home in Springfield, Illinois for burial.  During the 1,650 mile journey though seven states, this slow moving funeral train passed through American cities and towns where memorials were held by millions of mourners who lined the railroad tracks to give their final farewell to “Abe” Lincoln.


The second movement, Train of Tears, is music for a slow moving funeral train.
First we hear a “ghost” melody that I have composed, performed con passione by the strings and accompanied by a lonely bass drum.  Metal wind chimes and bowed suspended cymbal echo, as  the piano soloist plays a funeral dirge in a minor key. Over the dirge, a distant trumpet and English horn play Taps.  I incorporate Taps (also known as Gone to Sleep) because this simple but emotionally charged melody has been used since the Civil War in America as a military bugle call, sounded at soldier’s funerals.  During the journey of the second movement, I intertwine the “ghost” melody and “Taps” in various guises, counterpoints, transpositions, and orchestrations.


By the 1950s, trains in America were powered by electricity or diesel fuel.   The only remaining coal-burning steam locomotives were those of the Norfolk and Western railroad line, operating in the states of Virginia, West Virginia, North Carolina, and Maryland, where coal was still plentiful. Aware of the impending loss of these gigantic and beautiful steam locomotives, the photographer O. Winston Link documented the last days of the Norfolk and Western trains from 1955 to 1960 and the people who lived alongside them.


Using complex banks of flashbulbs and timers that he invented, Link frequently photographed the trains in action during the night, in black and white.  Among my favorite photos is Hot Shot Eastbound, photographed in Iaeger, West Virginia in August 1956.  In this amazing midnight photo, we see dozens of teenagers in parked cars and convertibles watching a “B” movie at the drive-in theater, while only yards away a Norfolk and Western coal-powered train speeds by at 80 miles an hour in white clouds of steam.


Like O. Winston Link’s photographs, I have composed music that sonically captures the final journeys of trains from a bygone era.  In Night Steam, we hear majestic fire-eating steam locomotives rumble and whistle their way through the small towns and lonely back roads of the Shenandoah Valley into extinction. 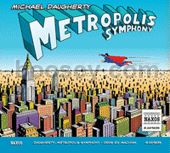 Click here to purchase this album from our online shop.