A hidden narrative has always been important to me in writing my music, and in working in larger scale formats this has, if anything, become more important. Narrative structures and narrative devices inform my musical thinking, but recently I have become interested in graphic-novels, as an analogous parallel to my large-scale preoccupations. So, it was with great delight when, some time after starting this piece, I discovered the Livre des Sauvages. This book of pictographs (in effect a proto-graphic novel, albeit a pretty bizarre one) was written sometime in the late 18th/early 19th century somewhere in the US and it resurfaced in France where an abbott (who had worked as a missionary in the US and Mexico) proclaimed it to be a genuine work of native peoples (the “sauvages” (savages) of the title in early 19th thinking about non-Europeans.) Unfortunately, for our abbott, there were a couple of problems with this hypothesis, the most notable being that certain words (when text does indeed appear) were in German. So, a later theory was that this book was written by a naughty German adolescent (no doubt a male given the obsession with depicting the kind of anatomical elements that have been drawn by schoolboys on walls, desks and text-books for millennia.) Whatever the provenance of the Livre des Sauvages, it certainly is a fascinating document; crudely yet captivatingly drawn depictions of everyday life, religious ceremonies, wars with invading forces and more “earthy” elements, vie with strange cryptograms for space on the page. It seems to be trying to tell us a story, but what that story is is really anybody's guess. Of course, given my preoccupation for narrative and interest and the intersection of cultures, I immediately took the book to heart and realised that it provided a suitable visual counterpoint to my ideas for this piece. I decided to take three pictographs (from a couple of hundred that comprise the book), describe them, and take these as titles for each of the movements as well as taking the title of the book as the title for my piece.

My Livre des Sauvages is in three movements: fast-slow-fast and lasts about thirty minutes. I think of it as a kind of chamber concerto or sinfonia concertante. The ensemble is divided into two with percussion in the middle, and each group, for the most part, is lead by a violin. A lot of the time the violins have the most to do, but I think of them as leaders rather than soloists. Indeed most of the ensemble at one point or another have prominent roles. Certainly, by the end of the piece, the whole group functions as a whole. The movements are as follows:

1) “Curious fauna, some of it murderous”
Using pictures and symbols the unreliable narrative comes in fits and starts often getting stuck, backtracking or lurching forward. When things do seem to come into focus, they are highly implausible.

2) “Alchemy or a new religion”
A new set of images seems to show something which should be easy to describe, the religious practices of a new people. However, whilst the picture is clear, the interpretation is not. Is this a religious ceremony or some sort of arcane scientific endeavour?

3) “Treasure ships and heretical ceremonies”
Starting again, and from a different perspective, it seems clear that visitors have arrived on a foreign shore. They have brought with them things of wonder to trade, and the native people have adopted some of their religious practices -without, of course, recognising the value or purpose of either.

"...a remarkable work [which] updates Stravinsky's The Rite of Spring for the present day: thrilling, wry, alternatively driven and sedate..."
Gramophone 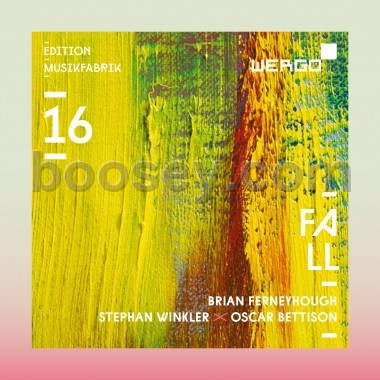