In the days when I would have still contemplated composing an opera, my preferred source was Edgar Allan Poe's "Masque of the Red Death". A marvelous story full of both symbolism and terror, it is only five pages long and would thus require "padding" instead of the usual brutal cutting of the story. I had contemplated some sort of melding of the Poe story with Leonid Andreyev's symbolist play The Black Maskers. However, I shall not be composing an opera, and so I decided to redirect my ideas into what might be considered an overture to an unwritten opera.

The story concerns a vain Prince, Prospero, who summons his friends to his palace and locks them in so that they will remain safe from the Red Death, a plague that is ravaging the countryside. He commands that there be a ball—the "masque"—but that no one is to wear red. But of course a figure clad all in red does appear; it is the red death, and it claims the lives of all in the castle.

Central to the story is the castle's series of seven conjoined rooms, each furnished entirely in a single color and with a Gothic stained glass window of the same color. First is the blue room, followed by the purple, the green, the orange, the white, and the violet rooms. Last, buried in the deepest recess of the castle, is the black room. Only here is the window of a different color—it is crimson red. In the corner is an enormous ebony clock whose mournful tone so disquiets the visitors that they freeze, terrified, whenever it tolls. It is in this room, of course, that Prince Prospero meets his end at the hands of the Red Death.

Prospero's Rooms is only intermittently programmatic. The opening music is intended to "set the scene”. The centerpiece is the middle section, an allegro that explores the rooms in the order presented by Poe. Rather than attempt to describe the rooms, I have tried to depict the actual colors themselves. The music slows again with the arrival of the seventh room and this point becomes more explicitly narrative in nature.

Perhaps the most specifically programmatic element of the piece is the sound of the ebony clock, which is heard throughout the work and which introduces each room as we enter it.

Prospero's Rooms is dedicated to Alan Gilbert and the New York Philharmonic. 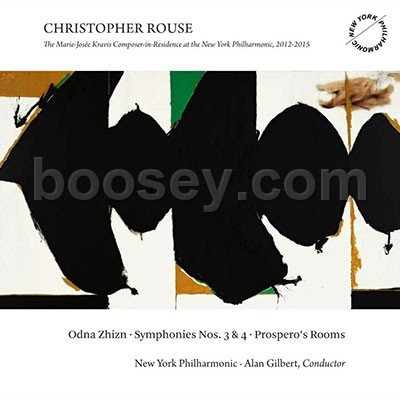