<dir=ltr align=left>When I started to think about writing a brass quintet, the first sound that came to mind was that of brass music of the late renaissance and early baroque, with its rich, full-bodied sound, weaving between polyphonic and chordal textures. One of the most important instrumental forms of the time was the canzona. The canzona is generally seen as an important forerunner of the sonata as well as a significant antecedent to the fugue. It's a sectional form that changes character, mood, tempo, and texture. In Cadence, Fugue, Fade I wished to conjure, albeit in an indirect way, some of the aspects both of the sound and formal delineations of this wonderful chapter in music. Like a canzona, the piece is one continuous flow of sound, but divided into various sections of contrasting characters. The title refers to the three predominant types of material. The piece opens with a cadence, which is of course normally associated with a sign of closure, either of phrase or section. The Cadence, which begins in a way not unlike a cadential pattern one might encounter in the late renaissance, quickly subverts this pattern, ending the phrase not with a feeling of conclusion, but with one of open-endedness. The Fugue is the centerpiece of the work. Repeated-note chords, which pass material between the instruments in a hocket-like fashion, form Fade, which brings the work to a close as it slowly fades away to nothing.


Reproduction Rights:
This program note may be reproduced free of charge in concert programs with a credit to the composer. 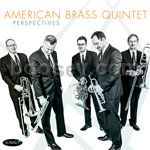 Purchase this CD from Amazon