Prokofieff’s second ballet, Chout, was a great success for Diaghilev’s company, with its simple sequences of dances and comical adventures in the style of an old-fashioned children’s story book. It is scored in a bright and accessible style and overflows with easy-going echoes of Russian folk-tunes. The story-line is based on traditional folk-stories about a clever Jester and his wife who make themselves rich by outwitting everyone they meet, including seven other jesters and a rich and stupid merchant.

Making the suite, Prokofieff made no attempt to follow the complicated plot, but instead cut and reordered the score to make a delightful sequence of contrasted dance-numbers to be enjoyed for their purely musical pleasures. This is music by Prokofieff the entertainer, though with plenty of sarcasm and teasing to keep the audience on their toes. 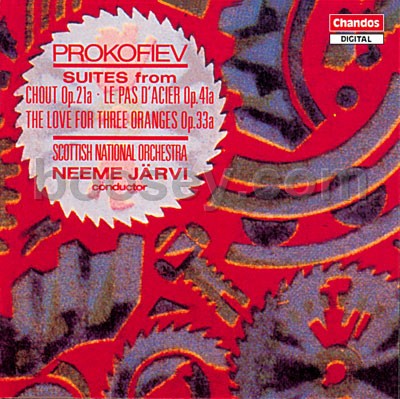