Libretto by the composer based on the play by Magda Gustavovna Liven (R,E)

Written at the age of 20, while studying as a postgraduate at the St Petersburg Conservatoire, Maddalena is the earliest Prokofieff opera to have reached the stage. However, it was in fact his fifth operatic work, emphasising how central the theatre was to his creative adolescence between 1900 and 1910. Prokofieff's libretto was drawn from a play by Baroness Magda Liven, which bears a striking resemblance to Oscar Wilde's A Florentine Tragedy. Its verismo plot describes a love triangle in which the femme fatale emerges as the victor to celebrate her liberation from her male lovers. The work is Prokofieff's most traditionally Romantic opera, including an extended love scene and a sequence of dramatic coups de théâtre. When hopes of performance in St Petersburg faded, the composer abandoned the orchestration, while retaining an affection for the work, describing it as "a chocolate with an expensive liqueur inside". The orchestration was completed in the 1970s by Edward Downes, allowing the opera's belated stage premiere. 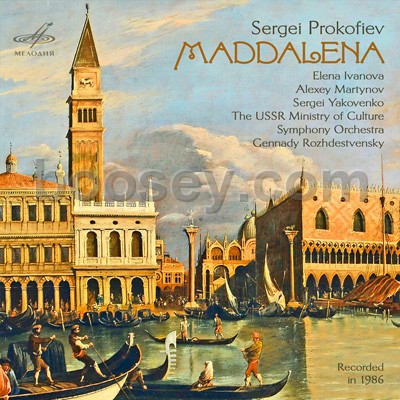