The name of the composition derives from the bright sound of the antique cymbals that bring the coda of this piece to a close. But despite the reflective title, the overall sense of the composition is dramatic. The drama is caused by the conflict between the intrinsic character of instruments to produce the sounds of the natural overtone row and the necessity of adapting them to the sounds of 12-tone tempered tuning.

For some time I have experienced this conflict as my own drama: the incompatibility, in principle, of these intrinsic qualities with real-life circumstances in which nature is neutralized. Sooner or later, this pain had to be manifested in some composition. The conflict in this piece arises between a theme consisting exclusively of sounds from the natural overtone row and a theme that uses the 12-tone tempered scale. The piece concludes with the removal of a dissonance in which the contrasts are resolved.
Sofia Gubaidulina 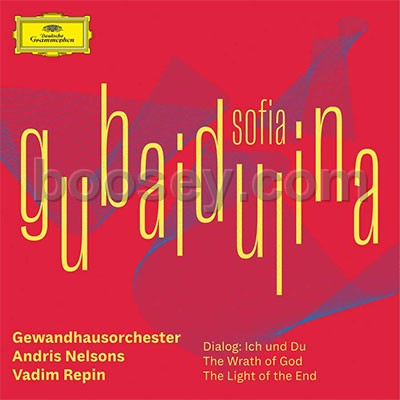