World Premiere
7/2/2009
Manchester Velodrome, Manchester
Bang on a Can

My first thought was that with two electric basses I could write interlocking bass lines that would be clearly heard. This would not be possible on acoustical basses played pizzicato. I then began to think about 2 pianos and 2 electric basses being the motor for a piece that would use electric guitars and small drum kit as well. The classic rock combination of 2 electric guitars, electric bass, drums and piano seemed perfect - so long as it was a doubled quintet resulting in 2 basses, 2 pianos, 2 drums and 4 electric guitars. This made possible interlocking canons of identical instruments. The piece can be played either with 5 live musicians and 5 pre-recorded or with 10 musicians.

2x5 is clearly not rock and roll. Like any other composition, it's completely notated while Rock is generally not. 2x5 is chamber music for rock instruments.

We're living at a time when the worlds of concert music and popular music have resumed their normal dialogue after a brief pause during the 12 tone/serial period. This dialogue has been active, I would assume, since people have been making music. We know from notation that it was active  throughout the Renaissance with the folk song L'homme Armè used in Masses by composers from Dufay to Palestrina. During the Baroque period dance forms were used by composers from Froberger and Lully  to Bach and Handel. Later we have a folk songs in Haydn's 104th, Beethoven's 6th, Russian folk songs in Stravinsky's early Ballets, Serbo Croatian folk music throughout Bartok, Hymns in Ives, folk songs and jazz in Copland, the entire works of Weill, Gershwin and Sondheim and on into my own generation and beyond. Electric Guitars, Electric Basses and drum kits, along with samplers, synthesizers and other electronic sound processing devices are now part of notated concert music. The dialogue continues. 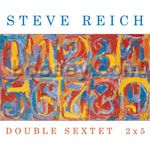