Shortly after completing Come Out I began to think about writing live instrumental music. Unfortunately, it seemed to me at the time impossible for two human beings to perform that gradual phase-shifting process since the process was discovered with, and seemed indigenous to, tape recorders. On the other hand I could think of nothing else to do with live musicians that would be as interesting as the phasing process. Finally, late in 1966, I recorded a short repeating melodic pattern played on the piano, made a tape loop of it, and then tried to play against that loop myself, exactly as if I were a second tape recorder. To my surprise, I found that while I lacked the perfection of the machine, I could give a good approximation of it while enjoying a new and extremely satisfying way of playing that was both completely worked out beforehand and yet free of reading notation, allowing me to become completely absorbed in listening while I played.


Piano Phase was later completely written out in musical notation with dotted lines between one bar and the next to indicate the gradual phase shifting. The score shows that two musicians begin in unison playing the same pattern over and over again and that while one of them stays put, the other gradually increases his or her tempo so as to slowly move one beat ahead of the other. This process is repeated until both players are back in unison, at which point the pattern is changed and the phasing process begins again. Everything is worked out, there is no improvisation, but the psychology of performance, what really happens when you play, is total involvement with the sound, total sensuous intellectual involvement. 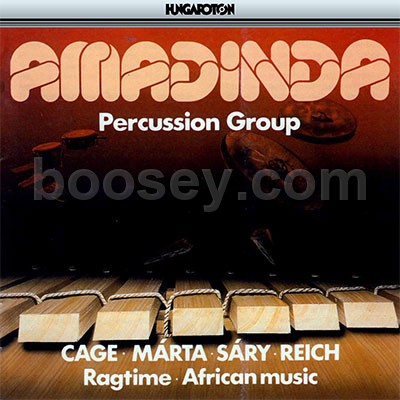