Vermont Counterpoint (1982) was commissioned by flutist Ransom Wilson and is dedicated to Betty Freeman. It is scored for three alto flutes, three flutes, three piccolos and one solo part all pre-record on tape, plus a live solo part. The live soloist plays alto flute, flute and piccolo and participates in the ongoing counterpoint as well as more extended melodies. The piece could be performed by eleven flutists but is intend primarily as a solo with tape. The duration is approximately ten minutes. In that comparatively short time four sections in four different keys, with the third in a slower tempo, are presented. The compositional techniques used are primarily building up canons between short repeating melodic patterns by substituting notes for rests and then playing melodies that result from their combination. These resulting melodies or melodic patterns then become the basis for the following section as the other surrounding parts in the contrapuntal web fade out. Though the techniques used include several that I discovered as early as 1967 the relatively fast rate of change (there are rarely more than three repeats of any bar), metric modulation into and out of a slower tempo, and relatively rapid changes of key may well create a more concentrated and concise impression. 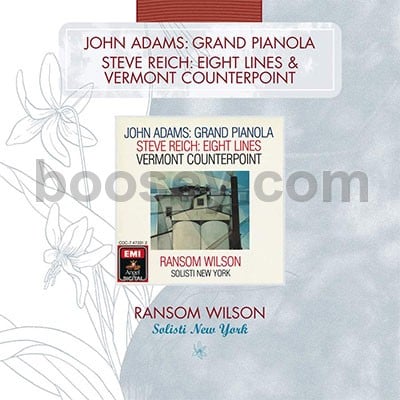